Julian Priest is the former Secretary of the Wirral Sand Yacht Club:

Land sailing, also known as sand yachting or land yachting, is the act of moving across land in a three-wheeled vehicle powered by wind through the use of a sail.

Kite buggying, also known as parakarting, is the act of moving across land in a three-wheeled buggy powered by wind through the use of a kite.

Called the East Hoyle Bank it is a huge expanse of sand with banks around a quarter of a mile offshore. Beyond the mud, that can be seen from the promenade, there are several square miles of usable area. A large sand bar, about one mile out and parallel with the sea wall, protects the land sailing area, ‘The Pan’ as it is called by land sailors.

During 'neap' tides when the high tide is less than approximately 8.3 metres, the sea does not rise over the sand bar, so the usable area, ‘The Pan’, starts to dry out. This is typically during periods of 4 to 6 days every fortnight.

Once the sand bank has had a good 24 hours to dry out, it can stay dry for many days, making perfect conditions for sand yachting and kite buggying. In times of high winds the sand bank can dry out in a matter of hours. Wind speeds of more than 25mph usually cause dry sand to be blow across the beach and the formation of miniature barchans (crescent shaped dunes) can be witnessed.

The sailing area is truly massive and can accommodate almost any wind direction. When the ‘The Pan’ is totally "dry" the wind direction almost becomes irrelevant. An on-shore wind gives sand yachters and kite buggiers the prospect of the longest possible reach, sailing from end to end of the beach in one run. But the site is wide enough to allow it to be traversed with a minimum of turns even when the wind direction is less favourable.

The sand on the seaward side of the sand bank is often glassy-smooth, like a tidal beach, and provides some truly excellent high-speed ground. For this reason it has been nicknamed ‘The Dragstrip’

Even in relatively low winds, racing yachts travel at up to three times the wind speed, easily reaching 50 to 60mph. Due to their lightweight and aerodynamic build, racing yachts can accelerate up to top speed in about 5 seconds. During racing turning markers are usually taken at full speed.

Kite buggy racers can be just as fast as sand yachts. Speeds of over 60mph have been recorded by GPS equipment on the buggy of a local pilot when the conditions are favourable.

The town's beach has been the venue for a world record breaking 24 hour kite buggy endurance event in June 2007. With the winning team travelling 639.15km (397 miles) in a kite buggy from 10am on Saturday through the night to 10am Sunday.

Sand yachting and kite buggying takes place on the beach under agreement between the Metropolitan Borough of Wirral and Wirral Sandyacht Club. This agreement is currently subject to approval by Natural England as the North Wirral foreshore is a Site of Special Scientific Interest (SSSI).

Wirral Sandyacht Club was formed in 1989 as a result of local demand. Founded originally by a group of local sand yachters, the club now includes kite buggies in its membership, and all share the facilities at a club headquarters based at Hoylake Community Centre.

We are not responsible for the content of other websites

Home town, not a Clone town… 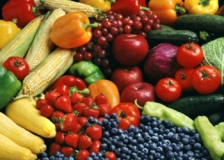 3 Sisters fruit and vegetable shop, so-called because it is run by three sisters, sells a wide range of fresh fruit and vegetables.  Newly refurbished by Mary Portas, 'Queen of Shops', in 2009, the shop is bright, spacious and welcoming. Read More 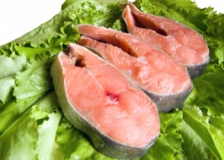 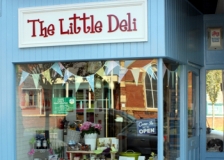 The Little Deli have been busy talking to a wide range of local farmers, bakers and suppliers to source the very best bread, meat, cheese, eggs and preserves from around the region. On their well-stocked shelves you'll also find a wide variety of mouth-watering international flavours, each specifically chosen for you to enjoy.     Read More

load more / hold SHIFT key to load all load all

Enter your search term below or if you would like to view a specific category in the business directory, please select that from the list below.